The Witnessing and Blessing of Marriage 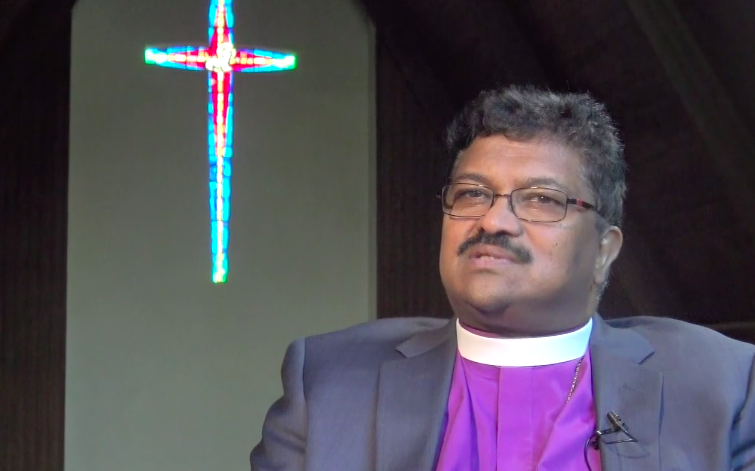 As I reflect on the core value behind this Thanksgiving, I can confidently and with wholesome gratitude lift up our Diocesan value of practicing the way of love, in all its healthiest senses, as a family! Honoring a decision of the 79thGeneral Convention of the Episcopal Church I continue to wholeheartedly authorize the trial use of the “The Witnessing and Blessing of Marriage” through the first Sunday of Advent, 2018 and beyond. We are a family in Christ and all are welcome among us.

Looking back, I realize that we have been humbly practicing Beloved Community before it was fashionable. We were practicing it because it was meet and right so to do as Jesus’ followers! As a Diocese, we started recognizing gifts of leadership beyond the stigmas associated with gender, sexual orientation, and race in pioneering ways. Merril Bittner and Betty Bone Schiess graduated from Bexley Hall, when it was located at the Colgate Rochester Crozer Divinity School! Merril and Betty were two of the Philadelphia Eleven who were Ordained on July 29, 1974. Walter Szymanski was an openly gay man who was ordained to the Priesthood by Bishop Bob Spears, on June 24, 1973, at St. Thomas' Rochester. Walter served as Canon for Gay and Lesbian Ministry in the Diocese. He visited us at the Diocese in November of 2014 when he gifted us with a special chalice at our intimate chapel service.

Isabella Dorsey (“Mother Dorsey”), created Rochester’s first orphanage for African American children in 1917. She was “instrumental in the formation of St. Simon’s Episcopal parish. Her appeal to the Diocese for a kindergarten for black children led to the establishment”[1]in 1921 of St. Simon of Cyrene Mission which became a parish church in 1960. Frank Louis Brown was an African American, ordained a Priest by Bishop David Lincoln Ferris at the Church of the Ascension on June 5, 1928. We were a part of the Diocese of Western New York then. Marcus Gilbert James was the first person of color to be ordained in the Episcopal Diocese of Rochester by Bishop Bartel H Reinheimer, on January 25, 1946 at St. Simon’s! Alleluia!  We are also enriched by the ministry with the deaf and hard of hearing.  Next month, I will be ordaining a new priest who lives with a disability!

I named these pioneers to give you a sense of the deep-rooted tradition of inclusion embraced by lay and clergy leaders in the Episcopal Diocese of Rochester. We are striving to be a Beloved Community.Much of the divisive rhetoric today is problematic because it is an affront on centuries of coming to our senses as a Church and our ongoing struggles with such realities as racism, sexism, homophobia, classism and more. Please do not make the mistake of thinking that these are mere cultural issues in changing times. They are ethical issues concerning the recognition of the God-given human dignity that God wants us to cherish in one another. In the Episcopal Diocese of Rochester, we have been practicing becoming a Beloved Community for decades as followers of Jesus. As your first Bishop who is not white, believe me when I say that we have a lot more work to do in the area of transformation. We will not, however, participate in practices that turn back the clock. We did not receive Marriage Equality in NY passively. We were part of the struggle and leadership to make that change happen in our state. We built on the leadership offered by lay and clergy leaders including Bishops Spears, Burrill, and McKelvey. Two years before it was made law in NYS, in 2009, I made a plea at the steps of the Capitol in Albany.We are a welcoming Church, and we will continue to be a welcoming church to all people joyfully moving in the way of Jesus’ love!

Roja, and the boys join me in wishing each of you a very Happy Thanksgiving!