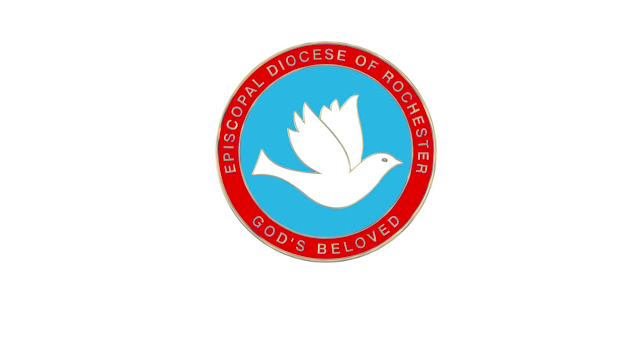 Jesus said to the disciples, “This is my commandment, that you love one another as I have loved you. No one has greater love than this, to lay down one’s life for one’s friends. You are my friends if you do what I command you. I do not call you servants any longer because the servant does not know what the master is doing, but I have called you friends because I have made known to you everything that I have heard from my Father.” John 15:12-15

On January 1, 1808, Blessed Absalom preached his famous sermon. Who knew that he was tilling the ground of this republic to plant a seed that would bear fruit precisely 55 years later when a President would make the Emancipation Proclamation on January 1, 1863! Remember 1619, when the first slaves were brought to Jamestown, VA. Blessed Absalom preached this sermon on the day marked in history when Congress prohibited the importation of slaves. January 1, 1808. The slave trade continued for over fifty years to Brazil and Cuba. The text for A Thanksgiving Sermon, he preached at St. Thomas's, Philadelphia, was Exodus 3:7-8. “Then the Lord said, “I have observed the misery of my people who are in Egypt; I have heard their cry on account of their taskmasters. Indeed, I know their sufferings, and I have come down to deliver them from the Egyptians...”

Here's how blessed Absalom described God coming down to the centers of power.

The arc of the moral universe is long but bends towards justice, with help from faithful people. Faithful people are faith-filled people. The writer to the Hebrews reminds us that faith is the assurance of things hoped for, the conviction of things not seen.

Absalom practiced a Discerning faith in the holy name of Jesus. Centuries later, Dietrich Bonhoeffer would wrestle with faith when he said, “…it is only by living completely in this world that one learns to have faith. One must completely abandon any attempt to make something of oneself, whether it be a saint, or a converted sinner, or a churchman (a so-called priestly type!), a righteous person or an unrighteous one, a sick or a healthy one. By this-worldliness, I mean living unreservedly in life’s duties, problems, successes and failures, experiences and perplexities. In doing so, we throw ourselves completely into the arms of God, taking seriously not our own sufferings, but those of God in the world — watching with Christ in Gethsemane. That, I think, is faith; that is metanoia, and that is how one becomes a human being and a Christian. How can success make us arrogant, or failure lead us astray when we share in God’s sufferings through a life of this kind?”

Leadership grounded in love: Love, like faith, is an investment in the conviction of things not seen. Where do we lead from? Is it from our wounds or our scarred yet healing hands? In 1792, while at St. George's Methodist Episcopal Church, Absalom Jones and Richard Allen and all the black worshippers were asked to go to the balcony. After completing their prayer, Jones and most of the church's black members got up and walked out. Wounded but not crushed, they persevered.  Blessed Absalom persevered. He was ordained as a Deacon in 1795, and, on September 21, 1802, he was ordained a priest in the episcopal church by Bishop William White. His church rejected him, but he did not.

This act of ecclesial and prophetic significance was a mark of courage that was not riding on the coattails of anything but the prophetic call to do before all people what was already right in the sight of almighty God! Love grounded in divine Providence: a closer walk with Jesus. Blessed Absalom chose not to be bitter but chose to follow Jesus grounded in love. Why is leadership important? Leadership is the only way we question normalized subjugation that can be overcome—Blessed Absalom’s surveillance in navigating what we now understand as the American caste system is noteworthy. Isabelle Wilkerson, in her book Caste: the origins of our discontents, identifies eight pillars of this system.

1.    Divine will and the laws of nature

3.    Endogamy and control of marriage and mating

7.    Terror of enforcement, cruelty as means of control

Companionship that grows from hope. Hope in God. It is walking with God where the providence of God dances with human agency. Companionship is also the dance between human agents who find alliances, connect dots and build a whole new world beyond our imagination. Blessed Absalom embodied a commitment to the most profound sense of a big picture: friendship or companionship. The bonds of affection that hold humanity together are possible because at the root of fellowship is a radical trust in the other. Not to the worst angels, but to the best angels in us! We all have our better angels. They may need some help to be stroked out! A cup of tea, a telephone or zoom call, or a deep prayer could start this companionship. We don’t need to lead with hate, but with hope. An example of this is his friendship with Richard Allen.

In 1787, they founded the Free African Society, a mutual aid benevolent organization that was the first of its kind organized by and for black people. Members of the Society paid monthly dues for the benefit of those in need.  With companionship, there is an infection of faith, love, and hope. Growing hope, is at the root of human agency: as Augustine rightly said, Without God, we cannot. Without us, God will not! As we celebrate Blessed Absalom, I pray that we tap into a deeper sense of our awareness, to a stewardship that is faithful, working with the conviction of things not seen. A leadership that is grounded in love where we again work from a conviction of things not seen. Finally, a hope that builds around companionship imagining that which is not yet realized. Blessed Absalom embodied the three ships, Stewardship, Leadership, and Companionship, and invites us to do the same. Let us celebrate Absalom by raising one another up to be the beloved community we can be! Amen.