Following early hearings, Day Three began with TEConversations—Conversations for the Episcopal Church, revolving around “Racial Reconciliation.” Arno Michaelis gave the first of the talks, speaking of his conversion from a life as a “Neo-Nazi Skinned Head.” “No one,” said Michaelis, “ever beat the Nazi out of me; they loved the Nazi out of me.” With these words we were encouraged to reflect on how violence and hate cannot end violence and hate. We need to speak the language of love and forgiveness, said Michaelis, the only way to end the injustices of this world.

We heard from Chucky Black, a local poet, who reminded us in his poetic verse that, “…if resiliency ain’t magic, I don’t know what is.” Black energetically delivered his poem, inspiring those gathered, and calling us to remember that the violence of this world will is only sustained when we requite violence with violence. Catherine Meeks of the Absalom Jones Center in Atlanta, Georgia, share her story as one who was determined not to be immobilized by hate and suffering, working tireless to make resources available for those who continue to suffer. “Racism, your time is over,” said Meeks, a proclamation that begins, she continued, “with the church.”

The final speaker was a “Dreamer Priest,” the Rev. Nancy Frausto. Frausto drew our attention to immigration and the importance of immigration reform, especially as it regards the actions of the American boarder control. Her moving story of crossing the border as a seven-year-old, braving the elements and hiding from border agents, gave force to her claim that, “You cannot have reconciliation without justice, without telling the truth.” We need to tell the truth, she said, about these injustices, and we cannot limit, she continued, the naming of our sins to what is occurring at the border. “If we care about children who are being separated at the boarder from their parents and locked in cages, we damn sure better care about everyone else.” Frausto went on to name our apathy toward so many others who suffer in this world, calling us to action, calling us in the words of Jesus who said to the people around the tomb of Lazarus, “Unbind him; let him go.” We must, says Frausto, unbind those who suffer, and free all people from the bondage of sin and neglect.

It is refreshing that the Episcopal Church’s General Convention is infused with sessions such as these that open us to hear what the Spirit is saying to the Church. Hearings and legislative sessions definitely take up the bulk of our time, which move, as the Church tends to move, slowly. Imagine a Vestry meeting with 800 people and a fair number wanting to have a say. Without services of worship, gatherings over drinks and food, and other opportunities for conversation regarding our life together in Christ, General Convention would be a sleepy series of conversations begun and ended only by a gavel. They are sleepy enough as it is, however necessary important. Nevertheless, the steadiness and thoughtfulness of the dialogue, and the respectfulness with which these are held, is encouraging. We should all be grateful to call ourselves Episcopalians, however “weird” we might seem. 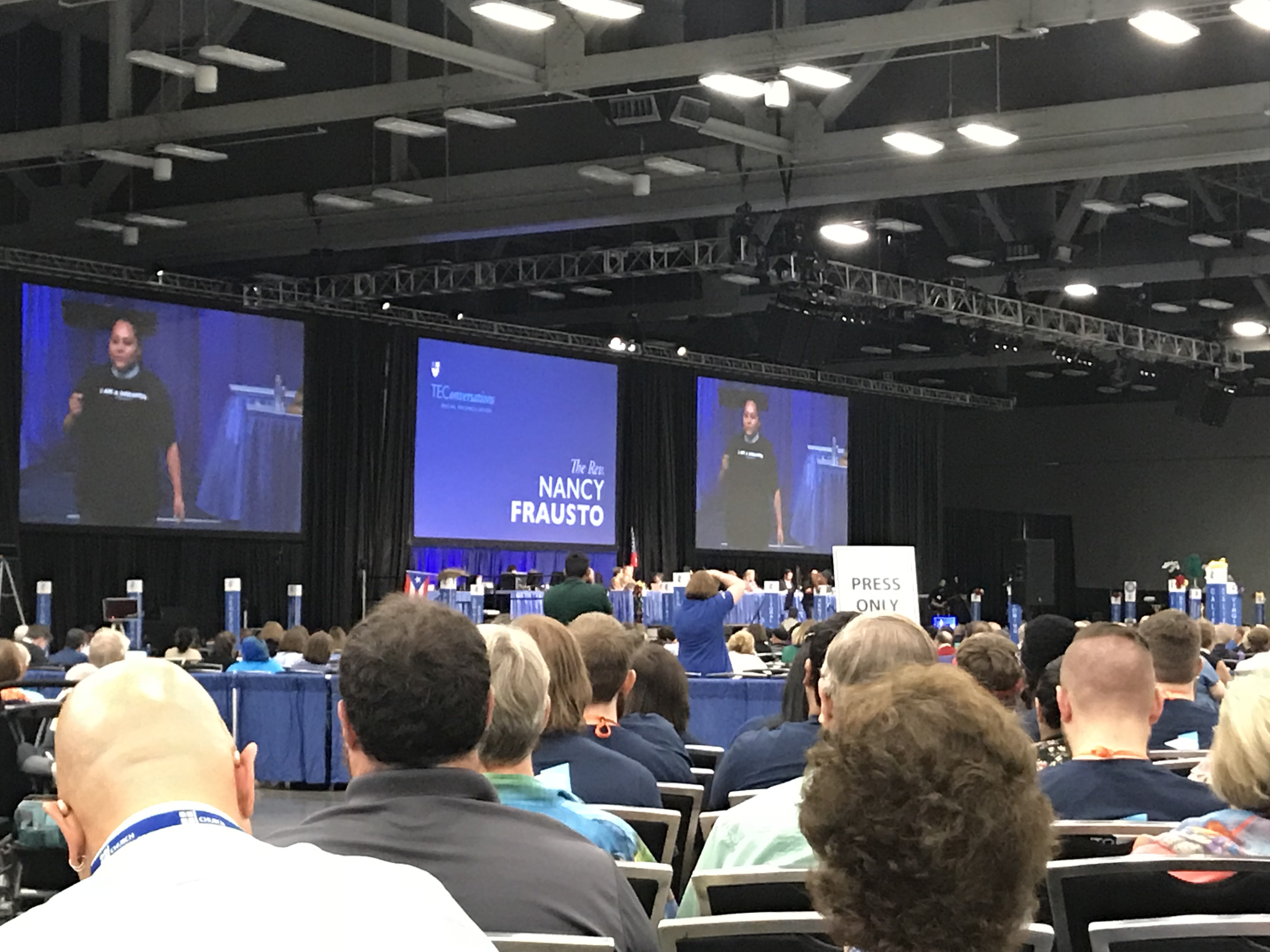 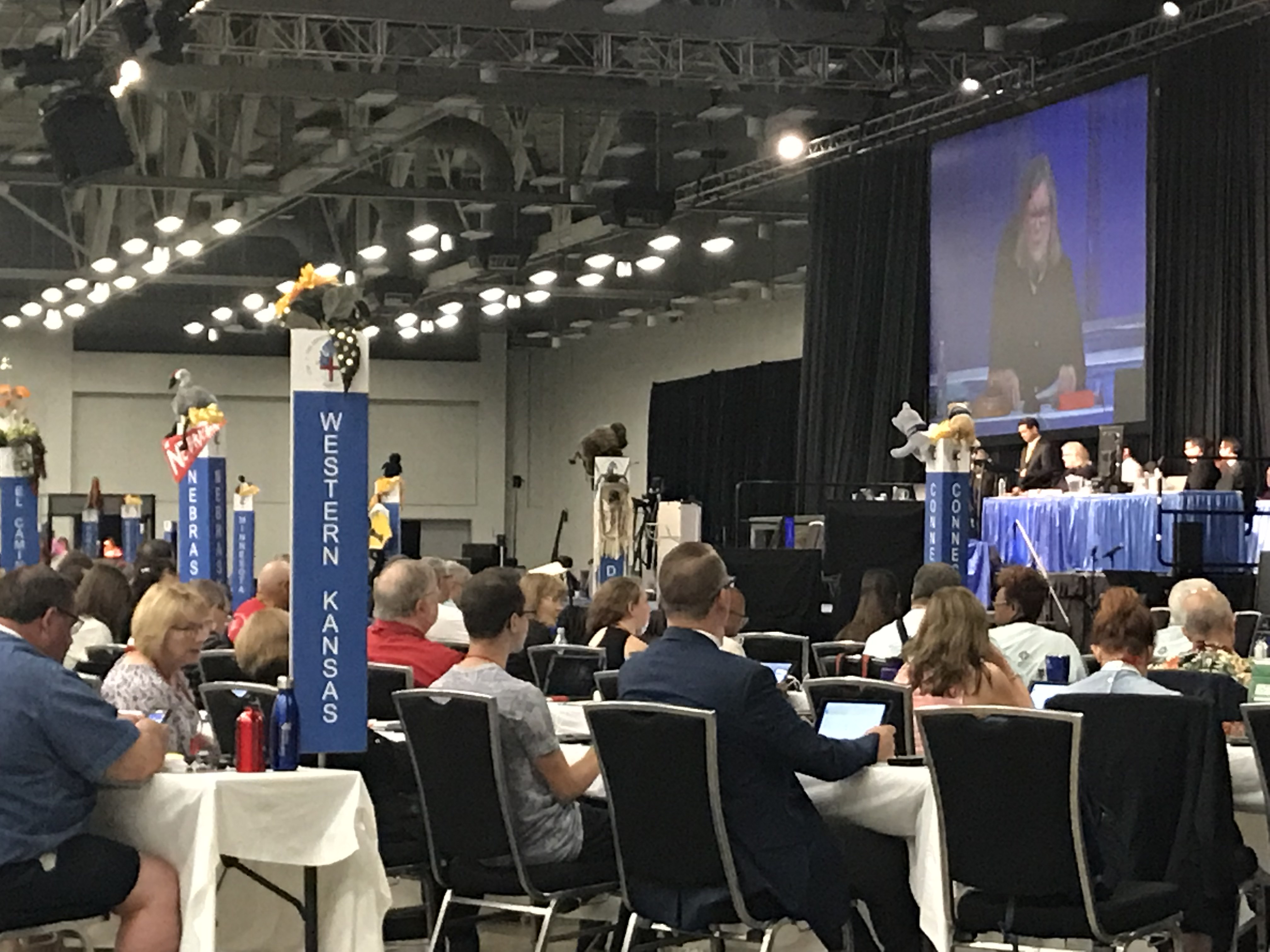