How many deaths will it take? 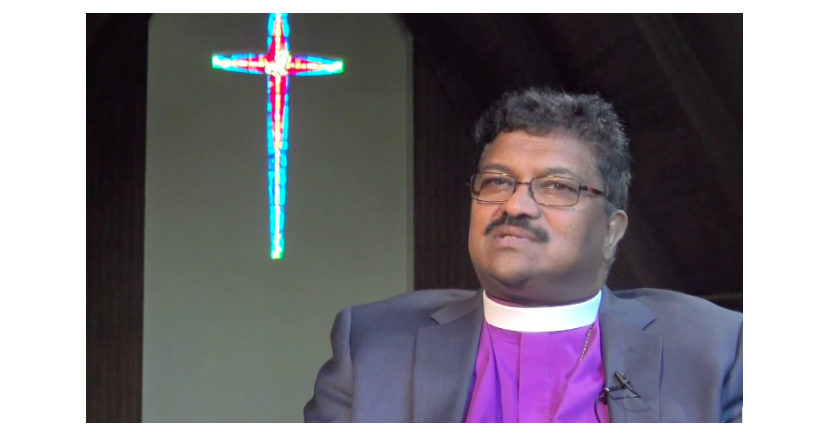 I respect the Office of the President and do not intend my piece to be disrespectful of that revered office. In fact, it is because I value it so that I feel compelled to address this as a citizen of this land, which we have called our home. I also say this as a Bishop in the Church since that is my vocation to teach and redirect. I am sorry if my teaching is offensive to anybody for any reason.

The President deployed the National Guard to clear peaceful protesters in Lafayette Park, DC. Then, Bible in hand, he had an iconic photo-op outside the historic St. John’s Episcopal Church. That was sickening to me. Why? It transported me to the 15th century when Columbus and other discoverers co-opted Christian scripture and religion to endorse the violent worldview that some humans could dominate others. It dehumanized native Americans and culminated in centuries of oppressive theologies fomenting ideologies to preserve the culture of white supremacy.

The Episcopal church was complicit and has been repenting and changing its ways over the generations. The photo-op was a symbolic association to a past of domination we have been renouncing for decades. It also exposed a President’s moral bankruptcy blowing a dog-whistle to his base amid national trauma.

Colonialism, Nazism, and Imperialism were conceived and birthed out of the commingling of religion and ideology. Pragmatic leaders usurped flawed Christian theology to justify the doctrine of manifest destiny. It generated and sustained chattel slavery and other cultural practices like subjugating women, demonizing homosexuals, and exploiting our planet. Why is this significant now?

Ahmaud Arbery, a black man, was hunted and executed like an animal by citizens in Georgia this February. A policeman’s knee was on George Floyd’s neck, murdering him in what I can only describe as a lynching. George’s ominous words “I can’t breathe” echoing those of Eric Garner in New York City, are iconic and should haunt this nation forever! This disease of racism infected our land long before COVID-19 started slaying us. Both diseases are suffocating people of color to death!

In 2014, we watched four African Americans die over six months because of senseless acts of violence. Eric Garner succumbed to a chokehold, while Michael Brown in Ferguson, Laquan McDonald in Chicago, and 12-year-old Tamir Rice in Cleveland were all shot. Since 2013 police killings have been around 1,100 every year.

How many deaths will it take until we say that too many black and brown folks have died? Are black and brown lives dispensable? Why have many white allies been silent? Beloved, we need all hands and hearts on deck to heal from this virus. I plead with white Americans to lead the repentance and help overcome this national sickness. We are grateful for many rising and seasoned leaders of character. Many have been running this marathon of a race. Let us join them and stay with each other to overcome the scourge of racism someday soon.